For ESG, the Fewer Employees, the Better? 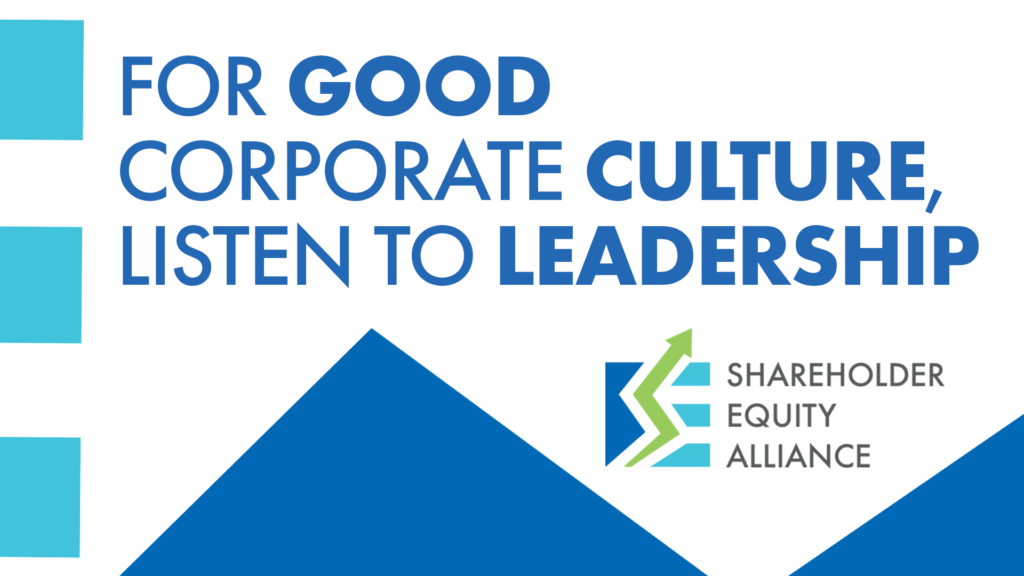 No one knows a company like its CEO. That should go without saying, but in the increasingly politicized world of shareholder advocacy, it’s a truth lost to a corporate culture of “wokeism.” CEOs, boards of directors, and other leaders of a company are being sidelined in favor of political actors offering shareholder resolutions. These activists use resolutions to pressure companies to take up their political preferences. Their preferences — things like the rejoining the Paris Climate Accord, offering higher minimum wages, and committing to diverse boardrooms — are culturally “in.” So company leaders have bet on them to attract millennials as new customers. Company management will often support, or at least not oppose, these overtly political resolutions so they can “virtue signal” their corporate wokeism.

But these political activist shareholders don’t know, nor do they particularly care, about the company’s financial situation. Corporate culture is the end-all and be-all; what does profitability matter? It’s not a big surprise, then, that their actions have costs to the company’s bottom line.

What’s more compelling is the emerging evidence that these shareholder resolutions are hurting the “stakeholders” they’re designed to help.

“A Bias Against Humans”

Calling this to attention was Vincent Deluard, the Director of Global Macro Strategy at StoneX Group. Deluard found an interesting trend among companies scoring highest in the “S” category of ESG (environmental, social, governance) metrics. These highly social businesses actually had, on average, 30% fewer employees than companies with lower “S” scores.

In practice, ESG metrics, especially in the “social” category, have a “bias against humans,” as Deluard put it. At best, ESG is rewarding small companies unfairly. At worst, they’re encouraging companies to shrink their workforce, either through layoffs or eliminating open positions. How could they do that and remain profitable? By automating the work instead.

Nothing is more important to someone’s economic, social, and personal advancement than a fulfilling career. So how can it be that companies score better as treating their employees, customers, and suppliers well when they cut their workforce?

The “S” metric, in short, seeks to measure how well a company treats its people. It takes into account wages, benefits, diversity, maternity/paternity leave policies… the list goes on. But companies have figured out that to rank highly on “S” while remaining profitable, they must cut their workforce.

For instance, just look at McDonald’s and the “Fight for $15” campaign. After years of lobbying, the campaign failed to advance a national $15 minimum wage policy in Congress. So instead, they became vocal political actors in McDonald’s shareholder meetings. A few years later, they succeeded in getting McDonald’s stores to raise their minimum wage to $15/hour.

At about the same time, McDonald’s began amping up their automation efforts, installing kiosks and eliminating the need for employees to take customers’ orders. Coincidence?

Ostensibly, McDonald’s now scores higher on ESG metrics because they pay their employees a higher wage. But outsiders’ push for a $15 minimum wage, balanced against management’s need to ensure profitability, ultimately resulted in fewer jobs, not more. Some of the same people whom the “Fight for $15” campaign was supposedly fighting for went from making $8/hour, or $10/hour, or $12/hour to… unemployment. It became less expensive for McDonald’s to automate than to keep on a larger workforce.

The answer here is not to punish companies for ensuring long-term profitability and product value. That would only cause more harm to customers, employees, shareholders, and every other interest group the company is attached to. Corporate culture is insignificant if there’s no company to mold.

The answer is to listen to company leadership: no one knows the company better than they do. If they say they can’t afford to pay a $15 minimum wage, listen to them. In order for a company to survive, the only viable alternative may just be fewer people to pay at all.

Political actors in the shareholder space should realize they might not have enough knowledge of costs and benefits to submit their demands at the company’s meetings. Barring that, non-political shareholders should vote on these resolutions with one thing front of mind: does this resolution really stand with the company? If not, vote no. Voting for these political resolutions might hurt the company’s bottom line, thereby hurting the people it says it “helps,” too.