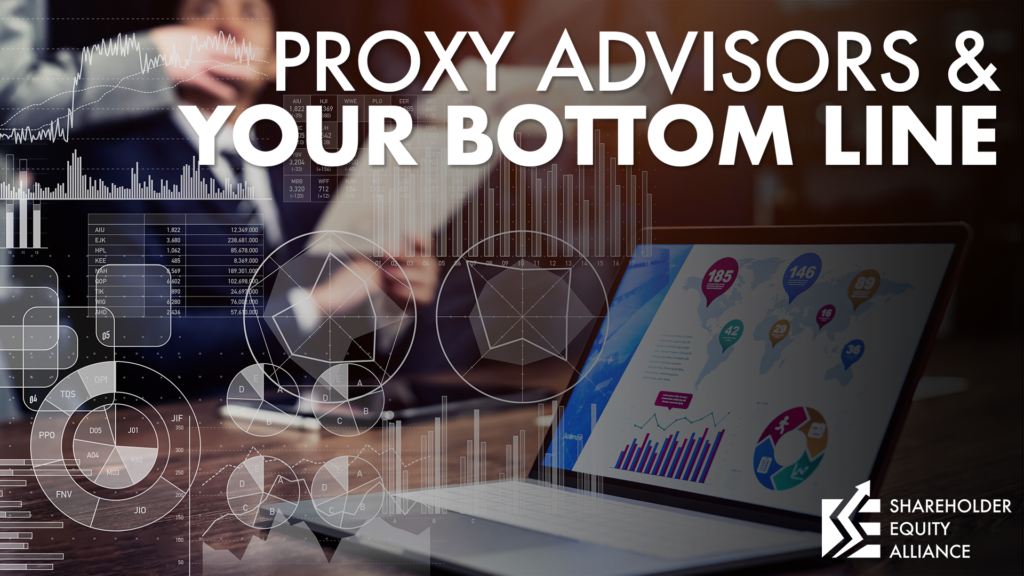 There are two major proxy advisory groups in the U.S.: Institutional Shareholder Services (ISS) and Glass Lewis. Proxy advisors review proposals for annual meetings, from corporate director elections to various environmental, social, and governance (ESG) initiatives. They then make recommendations to institutional shareholders on how to vote on each proposal. Currently, ISS and Glass Lewis hold a duopoly in the market, which greatly limits viewpoint diversity.

These advisory firms’ largest clients are shareholder activist groups, which are political activists in Wall Street’s clothing. These activists pay ISS and Glass Lewis significant sums for their services, incentivizing them to favor proposals they back, or have even written. There’s a resultant financial incentive to put second the shareholder’s return on investment and the success of the company. Furthering their client’s political or ideological beliefs comes first.

In addition, researchers found that recommendations from ISS overall negatively impacted shareholder value. Both retail and institutional investors would have been better off voting in opposition of the firm’s recommendations. As shocking as that may be, it seems to confirm the notion that the social and political motivation behind these proxy advisory firms is valued higher than the return for shareholders — and the company’s overall success.

The bias of the proxy advisors’ recommendations comes with a cost. Retail shareholders only own 30% of a company’s total shares. Since ISS and Glass Lewis advise the other 70% of investors, it is critical that retail shareholders vote their proxy in support of proposals that will increase the value of their shares.

Advisory firms are not continually increasing shareholder value and therefore, it appears as if they exist solely to further agendas. Retail shareholders should fight to see just how these advisory firms are impacting their portfolios year after year.