If Proxy Advisory Firms Must Exist, They Must Exist to Benefit Business 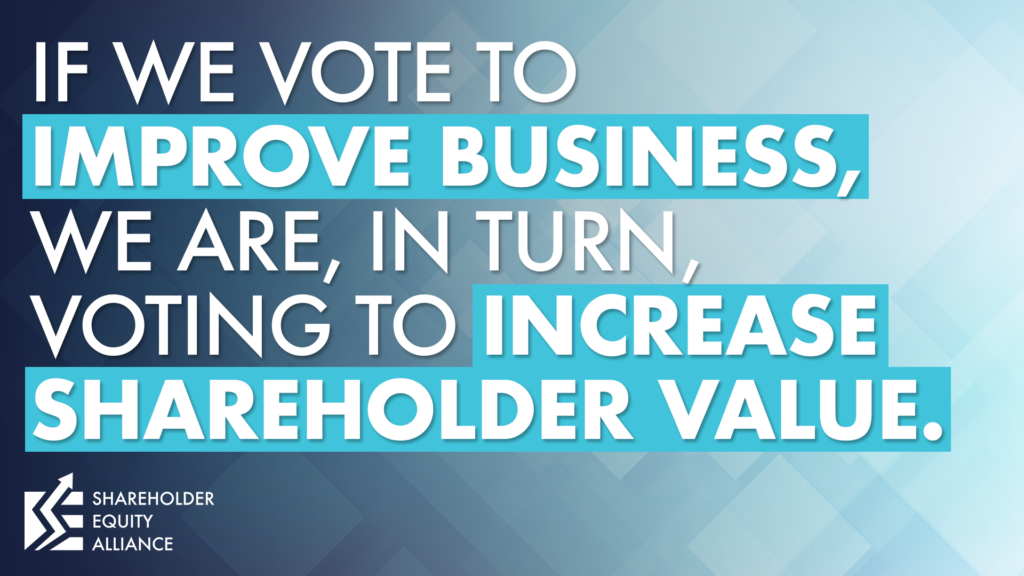 When it comes to proxy voting in annual meetings, to quote a Mr. Bob Dylan, “the times, they are a-changin.” In an effort to reduce conflicts of interest and increase transparency, the Securities and Exchange Commission (SEC) voted in July 2020 to make amendments to the way proxy advisory firms operate and provide to clients. These rules will go into effect for the 2022 proxy season.

The new amendments require proxy advisory firms to provide any conflict of interest disclosures in their advice. They also require plenty of lead time for their clients to review their recommendations. Proxy advisers must provide a copy of their reports to corporations at the same time they release them to clients. Furthermore, if corporations plan to rebut the reports, the firms must inform their clients of that, too.

The new amendments haven’t appeared out of thin air. Concerns with the accuracy and soundness of proxy voting advice has increased among corporations and individual shareholder voters.  According to the SEC, the amendments encapsulate an effort to “reduce the likelihood of factual errors or methodological weaknesses in proxy voting advice.”

Who’s Paying for This?

Needless to say, not everyone has been thrilled with the new changes, namely the proxy advisory firms themselves. Currently, there is a duopoly of these firms in the U.S.: Institutional Shareholder Services (ISS) and Glass Lewis. In theory, their role is simple and even necessary. These firms are responsible for reviewing shareholder proposals and other items in advance of annual meetings. Then, they provide voting recommendations to their clients based on how they interpret the potential impact of the proposals. Since not many people have the time to review the mountain of shareholder proposals, these advisory firms have an important role to play. The institutional investors or asset managers need to make informed voting decisions, and they rely heavily on ISS and Glass Lewis to advise how they should vote.

But ISS and Glass Lewis have complicated their role, and the result has been subjective, biased voting advice. We’ve previously discussed the conflicts of interests within proxy advisory firms, and how they cannot be objective when their largest clients are shareholder activist groups paying them incredible sums for their services. In turn, ISS and Glass Lewis favor proposals these activist groups support — or even that they wrote and submitted themselves. Because of the advisory firms’ enormous influence on voting decisions, the activists’ political and ideological beliefs push into corporations all over the country.

Unsurprisingly, the advisory firms and their activist clients say the new amendments are baseless. But supporters see them as a step towards actual independent recommendations. Clients will now receive more than an ideological checklist for the activists’ agendas. These amendments are just a start to regulating the power and influence activists have over ISS and Glass Lewis. By extension, institutional investors may vote independently of biased recommendations on hot-button items (or any items at all).

The fight isn’t over. The amendments prompted so much pushback that ISS is currently challenging them in court. Activists using the shareholder process as a tool to push corporations into political actions are also among the dissenters.

But after a long battle with proxy advisory firms, business groups are largely in support of the changes. Make no mistake, while they may seem minimal, they’re a first step towards unraveling the bias and subjectivity in proxy advisory firms’ recommendations. Let’s set aside for a moment the conflict of interest concerns associated with ISS and Glass Lewis. Even without this consideration, there has been no significant evidence that their recommendations benefit shareholders. Quite the opposite. Proxy advisor recommendations often hurt shareholder value, increase risk, and limit viewpoint diversity among institutional investors.

Voting on shareholder proposals with a full, balanced set of information is a shareholder right. More importantly, it’s a responsibility, one that’s crucial to maintaining effective corporate governance and maximizing return on investment. Under the current system, deep-pocketed activists submit proposals and pay large firms to recommend those proposals to even deeper-pocketed investors, regardless of the adverse implications to shareholder value.

If proxy advisory firms must exist, they must exist to make business better by making recommendations on director elections, corporate pay and shareholder proposals based on what is best for the business. If we vote to improve business, we are, in turn, voting to increase shareholder value.