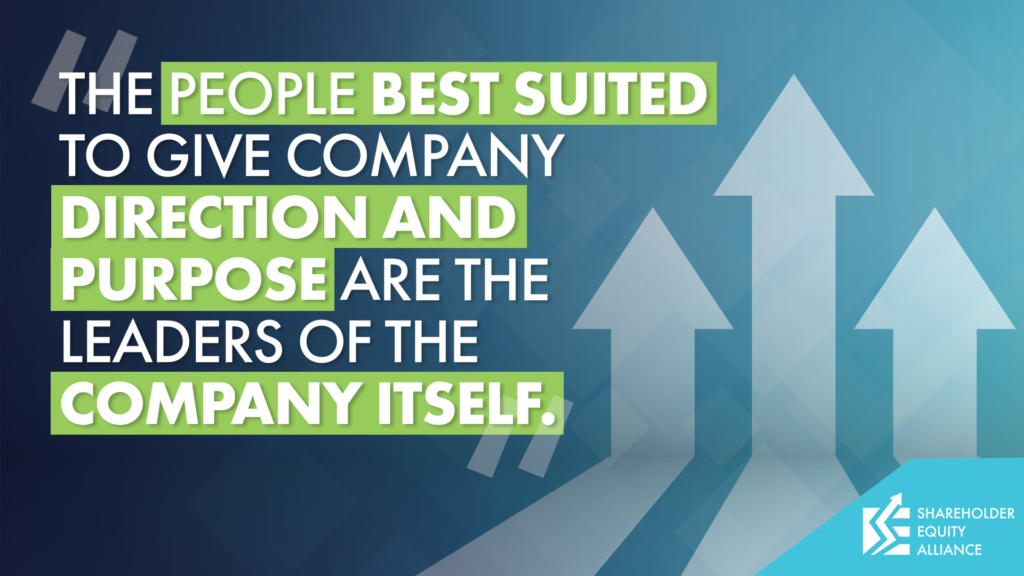 There are several traditional barometers for measuring a company’s success. They include their profitability, the value customers derive from their products, and their delivery on promises to shareholders. But every year, those traditional measurements fall further and further down companies’ priority lists. That’s not a coincidence. For the past decade, political activist shareholders have sought to force companies to take up objectives more reminiscent of politics than financial success. Activists’ success in that effort has only made shareholder activism more common. Hundreds more ESG (environmental, social, and governance) resolutions have come up every year since 2010.

But from a once-in-a-generation health crisis to deep social unrest, the events of 2020 exponentially increased the attention on these activists. In response, activists are already upping the ante on their expectations. As 2021 takes shape, will activists’ increased pressure benefit companies, or will it only slow their post-COVID rebound?

One of the major impacts of the COVID-19 pandemic was the shift to a remote, decentralized work force. In response, hundreds of companies relocated their companies. They left states with massive regulatory burdens and high cost-of-living (New York, California) to places characterized by neither (Florida, Texas). This exodus was well-publicized. “The company that literally started Silicon Valley [Hewlett Packard] is moving to Texas,” wrote CNN. In September 2020, TX Governor Greg Abbott’s office described almost 200 active relocation or expansion projects into Texas.

It’s obvious to see why this would be a good for a company’s bottom line. Lower taxes, lower fixed expenses (such as rent), and fewer regulations are positive. They result in profit for shareholders, higher salaries for employees, and increased investment into better products for customers. But all of that is secondary to the political optics of moving from “blue states” to “red states.” John Galloway, head of investment stewardship at Vanguard, described how Vanguard will track whether companies are relocating “simply to avoid state-specific regulatory issues.” And so what if they are? Why would a move that increases value for shareholders, employees, and customers be “problematic,” according to Vanguard? Unless, of course, politics are at play.

More “social” objectives in the ESG framework, like company relocation, will probably take the front seat this year. In fact, shareholder resolutions have already been filed that make that clear. Major areas of interest include racial and gender diversity in the C-suite. Better health care and higher salaries for workers. “Reasonable” (which is to say, lower) executive compensation. Even curbing violence in video games (though studies have found little causal link between violent video games and aggression in children).

“Whether They Believe in It or Not”

Whether pushing certain policies is morally or objectively “good” or “bad” is beside the point. What’s important, and problematic, is the complete disregard for what’s good for the company itself. A managing director at an ESG research firm called prioritizing ESG “a performance issue that companies must address, whether they believe in it or not” (emphasis added). According to him, companies must bend the knee to ESG objectives pushed by outside forces, regardless of their own values. Their ability to manage themselves as they think best for their customers, employees, and shareholders is secondary to the “Greater Good” of ESG.

But putting blanket ESG considerations above anything else will undoubtedly harm companies and their interest groups at least some of the time. Company decisions, like any decisions, have costs and benefits. Vague threats of increased pressure to follow arbitrary social standards – at any cost – ultimately hurt some of the same people whom activist groups seek to “help.”

At the end of the day, the people best suited to give a company direction and purpose are the leaders of the company itself. Outside forces – namely, political activists in the shareholder space – don’t have the knowledge of a company’s unique circumstances to pressure them to act in good faith. Doing so risks hurting not only the company, but also all the stakeholders they say they advocate for.