The Unwokening of Silicon Valley 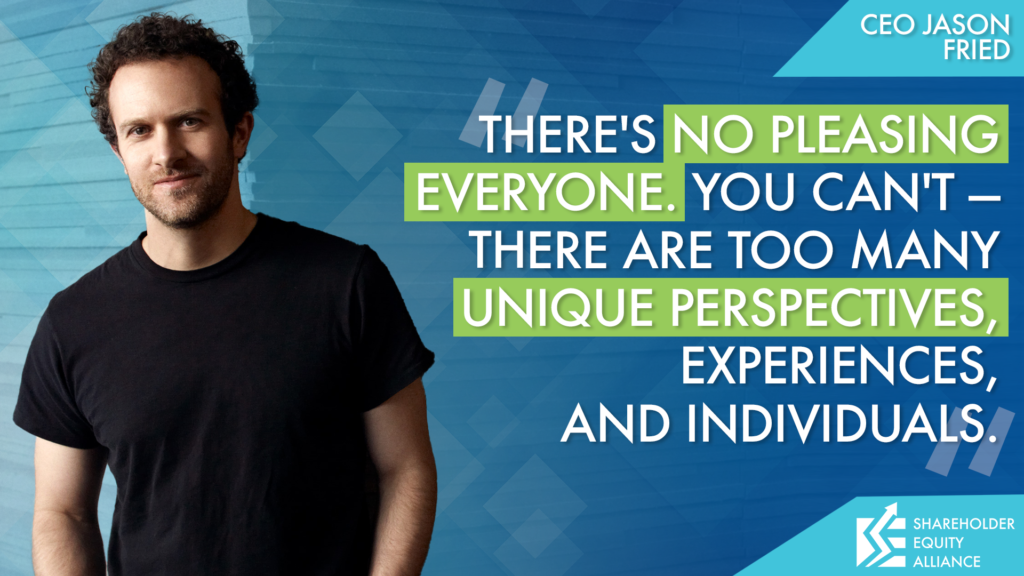 Naturally, if you’re going to give a company all of your time, energy and future, you likely want that company to look just like you. You want to do something you believe in. And Google set the standard in Silicon Valley… Working for Google is a lifestyle, not just a job.

Along with Google, left-leaning Twitter and conservative-censoring Facebook are among the other giants who control the mob in Silicon Valley. But recently, one of those tech leaders announced they will not be joining the social justice tech mob.

On Monday, April 26, 2021, Basecamp’s CEO Jason Fried announced the company will get back to brass tacks and focus on what they do best: develop project management software. This announcement via Fried’s blog post served as a bold rejection to Silicon Valley’s woke capitalism cult.

Fried started his blog post by announcing there would be some change:

“The same is true when changing your company, except that the customers are the employees. And when you get to a certain count — customers or employees or both — there’s no pleasing everyone. You can’t — there are too many unique perspectives, experiences, and individuals.”

This type of viewpoint diversity is unique among those at the top of American corporations. Our society today forces a set of ideologies and demonizes anyone who dares oppose that belief. Having a “dissenting view” in the last year has turned families against each other, ended relationships and cost people their livelihoods. But this will not be the norm at Basecamp and it will be telling to see how their viewpoint diversity impacts their corporation.

Fried takes it one step further in his message to Basecampers, stating the company will no longer provide “paternalistic benefits”. These include fitness benefits, wellness allowances, farmer’s market shares and continued education allowances. The CEO writes, “It’s none of our business what you do outside of work, and it’s not Basecamp’s place to encourage certain behaviors.”

Later, David Hansson, Co-Founder and CTO of Basecamp, also contributed his thoughts and more details regarding the company’s decision to leave social politics out of the office:

“Basecamp should be a place where employees can come to work with colleagues of all backgrounds and political convictions without having to deal with heavy political or societal debates unconnected to that work.

You shouldn’t have to wonder if staying out of it means you’re complicit, or stepping into it means you’re a target. That is difficult enough outside of work, but almost impossible at work.”

I am not familiar with the atmosphere of working at Basecamp, but it sounds like these changes are being implemented to protect the well-being of their employees and the long-term success of the company. “It saps our energy, and redirects our dialog towards dark places. It’s not healthy, it hasn’t served us well,” Fried states.

A healthy work environment that enables bright and innovative people to create and produce benefits everyone: employees, employers, customers, and shareholders. I am willing to bet that if there were more C-suite executives like Fried and Hansson, there would be happier employees, more satisfied clients and richer shareholders.

Hat’s off to Basecamp!