With the Green Energy Push, Voting Your Shares Is More Crucial than Ever 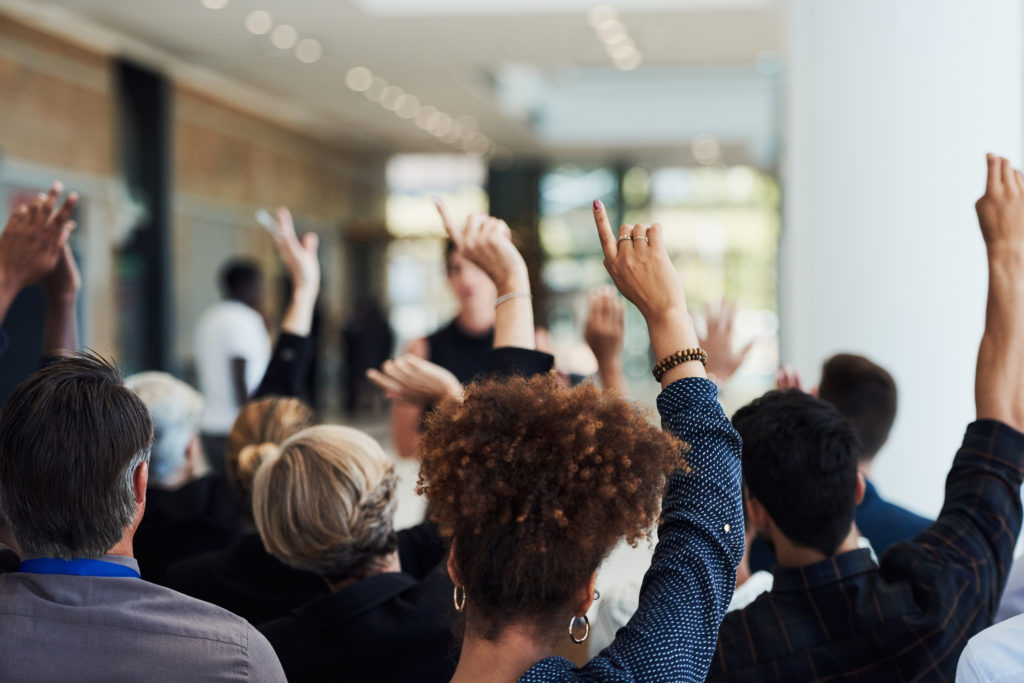 Shot of a group of businesspeople raising their hands to ask questions during a conference
January 4, 2021

It’s not a surprise green energy advocates have blacklisted oil companies and natural gas producers. That much is obvious from a US Senate report from the Special Committee on the Climate Crisis. As an aside, it’s somewhat more surprising to see the inclusion of nuclear energy plants on the blacklist. After all, nuclear plants produce some of the most reliable carbon-free energy. But choosing winners and losers based on arbitrary preferences is a time-honored specialty of government agencies and politicians. Nuclear power just doesn’t have the benefit of feeling as “green” as the less reliable alternatives from Mother Nature herself, such as solar and wind.

It’s easy enough for government officials and bureaucrats to write an ivory tower report proposing policy solutions. It’s less easy to hammer these out into legislation. Policies, once developed into proposed legislation, are then argued, compromised, amended, and voted on before the president receives the compromise. It’s a time-consuming process, in which no individual, organization, or political party gets exactly what they want.

That’s why shareholders should be less uneasy that Washington, DC policy wonks are producing reports like this. Instead, they should worry that policy development has been coopted by political activists. The easiest way for activists to force companies to bend their operating procedures to activists’ will is via shareholder resolutions.

So just what are these policies that policy bureaucrats develop and activists force down companies’ throats in shareholder meetings?

Let’s start with the Special Committee’s report. The first goal of the Committee is to artificially raise the price of any “carbon-emitting” technology. That way, “greener” alternatives can compete with carbon producers, even though they’re more expensive. The report casts a glowing optimism around the possibility of replacing “carbon” jobs – in oil fields or natural gas rigs, for example – with unionized green energy ones.

Such optimism waves away any economic downsides, justified for “the greater good” of decarbonization. For instance, decimating the airline industry is a means to a worthwhile end. Never mind that airlines make up a whopping 2% of global carbon emissions. Never mind that, unlike cars, no airplanes run on zero-emission engines. For “the greater good” of decarbonization, the government must incentivize people to vacation closer to home and bleed the airline industry with regulations. The brashness is especially alarming on the heels of the coronavirus pandemic, which created a devastating year for airlines. After $12 billion in losses and an 86% decrease in revenue – after 43 airlines shuttered in 2020 alone – is now really the best time to be incentivizing customers to stay away from planes? Is now the moment for carbon regulations that will slowly strangle the industry to death?

The American people – and some of their representatives in Congress – might not stand for this. That’s where shareholder resolutions come in. These resolutions change the internal rules and  guiding principles for companies, which shareholders vote on every year. Over the last decade, political activists have infiltrated the corporate sector and pressured companies to adopt shareholder resolutions that focus on particular political goals without regard to the company’s bottom line. The objectives on green energy reach across utility companies, financial firms, social media companies, and even oil companies themselves. They demand companies act far outside their scope: “Twitter, produce a report on how your company’s climate polices are performing.” One resolution asks Sempra Energy, which produces natural gas, to explain “how its lobbying activities align with the Paris Agreement’s goal to limit temperature rise to 1.5 degrees Celsius.”

Together, the policy wonks in DC are working in tandem with the political activists who have taken over shareholder meetings. The common goal is to cripple, and eventually dismantle, carbon-producing companies. But what about the millions of Americans whose Roth IRAs and 401ks are tied up in the success of these “carbon producers”? Or whose health savings accounts are invested in these companies, always considered reliable for a steady rate of return? What about the millions of individual investors who expanded their portfolios in 2020 and bought stock in Exxon, BP, or Sempra Energy?

Appeasing the activists is the easiest route for companies. But if the C-suite prioritizes the activists, shareholders like you will watch your retirement accounts suffer. Your priorities deserve to be heard, so at the next annual meeting, vote your shares. You might make the difference in your financial prosperity.