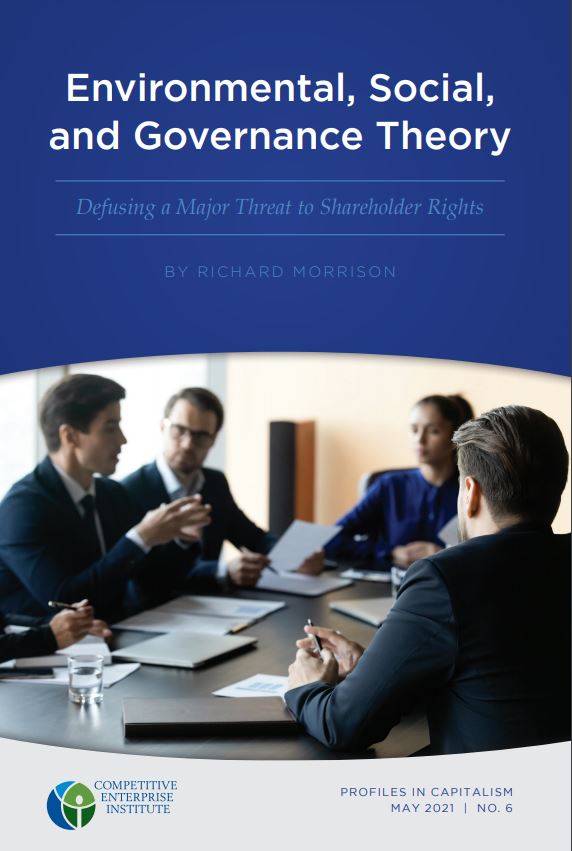 The concept known as environmental, social, and governance (ESG) theory has a long history of similar, predecessor concepts both in academic literature and in the business world. For over a century, critics of the market economy, largely inspired by progressive political goals, have argued that for-profit corporations should not limit them- selves to seeking profits for their shareholders, but should engage—or be required to engage—in various sorts of activism to address social problems and concerns. This movement grew up alongside evolving expectations of social responsibility within the business community that motivated many managers and executives to provide a range of services voluntarily to employees and to their local communities.

Some of the progressive-minded reforms of yesteryear have been beneficial, some have had little observable effect, and some have been disastrous. Many others have simply been superseded by evolving social attitudes that eventually rendered previously cutting-edge theories out of date, including cases in which the benefits bestowed by corporate benefactors were soundly rejected by subsequent generations of intended beneficiaries.

More recently, the ESG framework has been embraced by government agencies, quasi-government entities such as those affiliated with the United Nations, non-profit advocacy groups, financial ratings firms, and influential policy organizations like the World Economic Forum. Many of these organizations have taken it upon themselves to create complex sets of principles and rating systems for all the various environmental, social, and governance priorities companies should ostensibly be pursuing.