The Business of Politics: Where Do We Go From Here? 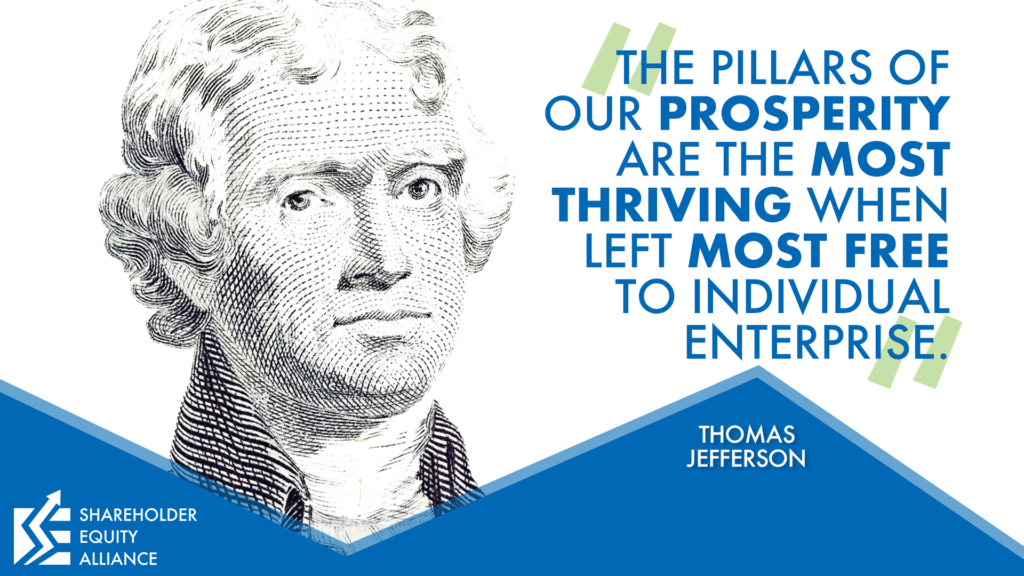 Mixing business and politics is nothing new. In the first annual message to the US Congress in 1801, Thomas Jefferson penned, “Agriculture, manufactures, commerce, and navigation, the four pillars of our prosperity, are the most thriving when left most free to individual enterprise.”

The Founding Fathers deeply understood the struggle against government oppression. Not only does an overcentralized government oppress individual rights, but it also restricts the economy. The Constitution doesn’t explicitly mention free enterprise, but it does outline the government’s limited powers in the marketplace. The Constitutional role of government in the economy is to establish standards, encourage initiatives, provide a system of currency, enforce free trade and protect business owners and employees.

Not only do businesses fulfill the people’s needs, they also drive the economy, providing opportunity and prosperity. Successful business owners make decisions that win all around: for their bottom line, their employees, and their investors. Those wins, and the businesses that generate them, are vital to the fabric of our society. So, what’s politics got to do with it?

The Politics of Business

Corporations of all sizes are involved, or can be involved, in legal political behavior. That can include making campaign contributions, lobbying and funding nonprofits. Another political avenue that we’ve previously discussed is shareholders’ right to bring proposals to companies’ annual meetings. The people offering proposals might be political activists in disguise, but if you own company shares, you, too, can have a say.

Political pressure can start from a shareholder proposal, or it can be a line of defense against political activism. For example, during Amazon’s 2020 annual meeting, a shareholder presented a proposal that would ask Amazon to report on how they spend lobbying dollars. The proposed report would create more transparency into the company’s federal and state lobbying activities. Additionally, Amazon would also have to explain why they lobbied accordingly. The company’s Board of Directors advised shareholders to vote against this proposal.

This is a difficult position for a company. On one hand, a company has every right to support the policies of a certain politician, organization, or cause. And some of these politicians, organizations and causes do great things for our society, communities and environment. But businesses might also find that taking such stances may alienate one or more of their interest groups, including customers, employees, members of the board or shareholders.

Mixing business and politics is always going to be messy. And the more businesses intertwine themselves with the cultural and political issues du jour, the more pressures they’ll face from one mob or another. It also leaves the door open for the government to create red tape for businesses to climb through.

This is one of the many reasons that shareholders and their votes are such a critical part to the success of a company. Just as Thomas Jefferson upheld limited government intrusion into the free market, companies should have limited relationships with political whims. Instead, their focus should be on delivering the best return on investment for their stakeholders and a quality work environment for employees.

A truly free market and bustling economy are direct results of a nation founded on liberty. Shareholders and businesses should work together to maintain and cherish those freedoms.