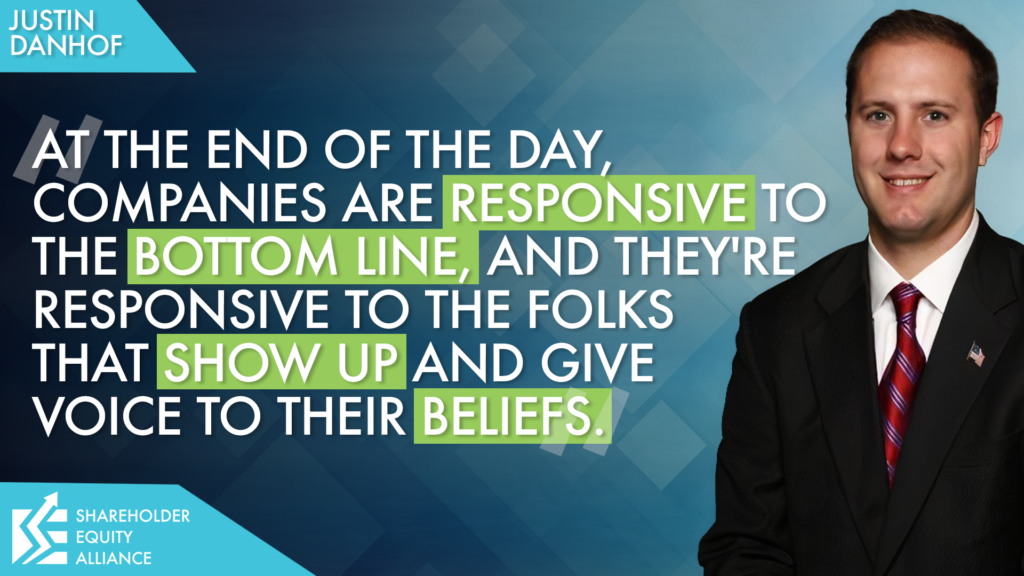 From the pandemic lockdowns to rampant cancel culture, 2020 was a tumultuous year for American businesses. Shareholder activists have taken every opportunity to infiltrate corporations with their political agendas. Rightly so, American investors are on high-alert regarding the power of their dollar and their voice. Although 2021 is upon us, it’s clear small businesses continue to need our help to recover from last year. After voicing your vote in the proxy season, consider casting your “second ballot” for American companies with your wallet.

Shareholder activists and people pushing political agendas spent 2020 cancelling of dozens of brands based on their “unacceptable” views. Goya Foods, a Hispanic-owned business, faced calls for boycott when he called then-President Trump a “builder.” Not only did supporters combat this rhetoric with a “buy-cott,” Goya also raised over $127,000 in a GoFundMe campaign. NFL Saints quarterback Drew Brees was forced to apologize not once, but twice for disagreeing with national anthem kneeling. And the classic movie, Gone with the Wind, was pulled from HBO Max. Executives suddenly realized the 89-year-old film depicted slavery in a way they consider “culturally insensitive.” (After HBO’s ban, the film shot to #1 on Amazon.)

Clearly, cancel culture didn’t work last year, and it won’t work in 2021, either. Instead of this useless endeavor, we should show our support for companies that are rededicating themselves to free enterprise. What does that look like? Support companies that build exceptional products and create loyal customers, and in the process, maximize their profitability for shareholders.

It’s easy for a company to cave to political pressure from overzealous agenda-pushers and activists. When companies resist and take a stand for their customers, company, and shareholders, we should celebrate them. No matter their political views, fighting cancel culture’s fire with the water of free enterprise is more effective than boycotts. Show your support by being an active and informed shareholder. Use your wallet to support companies who stick to their sole purpose: doing good business.

Justin Danhof, Director of Free Enterprise Project, said it best: “At the end of the day, companies are responsive to the bottom line, and they’re responsive to the folks that show up and give voice to their beliefs.” The demands of political activists are rarely beneficial to investors. When companies focus on the foundations of free enterprise, they uphold their fiduciary responsibility to their customers, employees, and investors.

On the other hand, if a company makes a decision in direct contradiction to their fiduciary responsibility to shareholders, resist the urge to boycott. “If you have an issue with a retailer, reach out to customer relations or go into a store and ask to talk to the manager,” said Danhof. “Use your dollars where you can vote your values, so to speak, with your wallet. But also use your voice.”

As shareholders, and investors of all kinds, it is imperative that we engage in the annual meeting process, in order to make our voices heard in support of ideas that build shareholder value and in opposition to those that do not. Let’s make this our shared goal as we head into 2021.