Resist the Urge to Boycott: Instead, Vote. 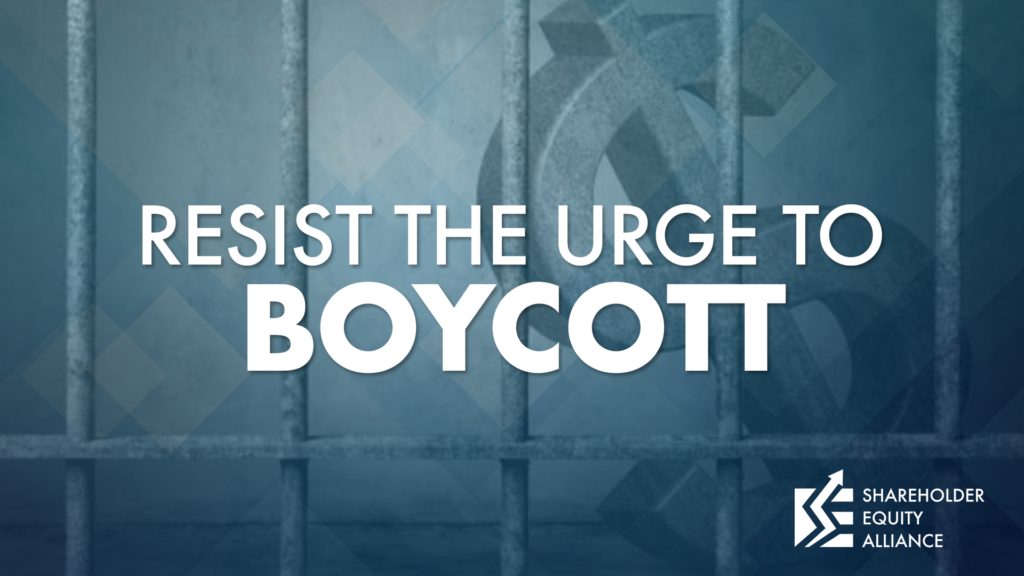 Shareholders own corporations, but they have a limited amount of power to affect any change within a company. However, we have the right and the duty to vote on who holds the managing power of those corporations. We have the ability to ensure that the right people, with the right qualifications, experience and priorities, sit on the board of directors. This group of people alone can determine the success or failure of a company. Unfortunately, many of these companies’ boards have deprioritized their shareholders.

Over the last year and a half, we have seen corporations become more deeply entwined in politics and virtue signalling to the detriment of good business strategies. Without fail, week after week in 2020 we learned of another business that decided to pipe up on issues where it didn’t belong: in politics. But soon we will have the opportunity to let those companies know just what we think about the people who are guiding the ship deeper into politics — further away from the bottom line.

Along with dozens of companies making some kind of political statement or stance came the knee jerk reaction: cancel culture. As tempting as it is to want to boycott X because of Y, as shareholders, we must resist that urge. Frankly, all of these calls to boycott have been quite useless. It’s clear that cooler heads have not prevailed, and we are quickly losing the battle. It’s time to take a different approach.

Instead of boycotting, blacklisting, cancelling and divesting, we should dig in our heels and take a stand. We have the unique ability to voice our approval (or disapproval) of members of boards who sit in very powerful (and sometimes a tad overreaching) positions. All we have to do is show up and vote. If we leave, we are simply getting out of the way of the ones who are already there influencing change.

Retail shareholder involvement has remained minimal over the years, with no increase in 2020. Only 28% of retail shares were voted last year, while institutional shares were represented at a whopping 92%. In 2020’s annual meetings, oftentimes directors received anywhere from 95-99% approval votes. This shows, probably to no surprise, the level at which big banks, organizations and mega-investors control American corporations.

Instead of boycotting or divesting these businesses who have strayed from neutral long ago, we must take on the challenge of engaging. When you start receiving proxy statements for annual meetings, take the time to review the leadership of those companies and vote for individuals who have the right qualifications and experience to ensure prosperity for both the corporation and the shareholder’s investments.

Imagine what could happen if the other 72% of retail shares were voted in 2021.